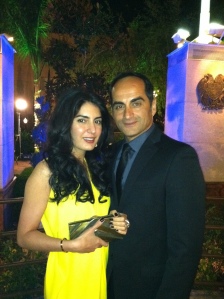 On March 1st, TI TV Networks sponsored the by invitation only of 4th Annual Norouz Gala at the Taglyan Cultural Complex in Hollywood. It was a who’s who of the Persian entertainment world walking down the red carpet.

The invitation only event brought out a many stars and entertainers like Navid Negahban who has appeared in over sixty films and numerous hit TV shows like Homeland with Damian Lewis and 24 starring Kiefer Sutherland. Also attending was bestselling musician Mohamad Mohebian and Solmaz Niki-Kermani, actress and Executive Producer and CEO of Mahtab Entertainment.